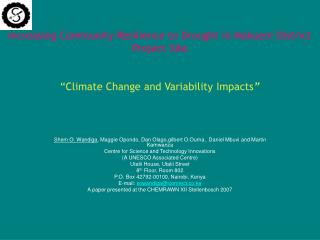 Saint Martin - . martin’s parents were not catholic. they were romans. so martin became a roman soldier. one day, when

Daniel - . daniel on his knees by his bed one day that was daniel’s habit 3 times a day when some local politicians

YOUTH POPULATION AND POLICIES IN RELATION TO RURAL DEVELOPMENT IN KENYA BY GEORGE OUMA - . about dsw. german foundation