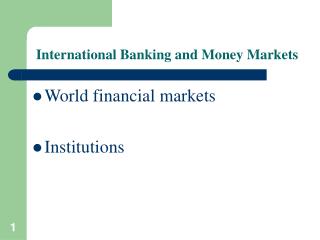 Money and Banking - . “money is whatever is generally accepted in exchange for goods and services — accepted not as