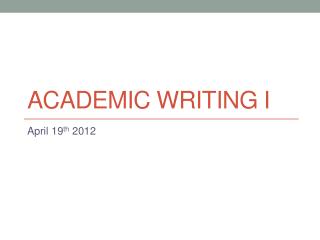 The Write Approach to Academic Success for NSU Students 2012: The Basics - . ” what is written without effort is, in

My strengths and weaknesses by: - . my academic strengths. reading math social studies physical education science. my

How to write Essays - . transitions words not to use integrating quotes thesis statements concluding…. transition