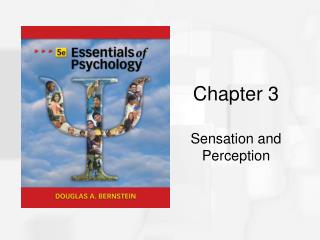 Chapter 3. Sensation and Perception. Questions We Will Be Addressing in This Chapter. What is the difference between sensation and perception? How does information from my eyes and ears get to my brain? Why do some people need eyeglasses? How would my voice sound on the moon? Chapter 3 - . tax formula and tax determination; an overview of property transactions. the big picture (slide 1 of 2).

Chapter 3 - . business organizations. types of firms. sole proprietorship – a business owned and run by one person. in