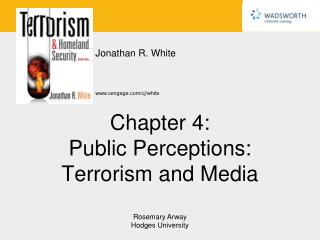 Public Perceptions and Questions About Animal Agriculture - . who would have thought?. number one agricultural business

Chapter 4: public goods - . public provision of goods. private provision of certain goods (particularly those that are

Terrorism and the media - . first, what is terrorism?. terrorism can be seen as politically-motivated violence or threat