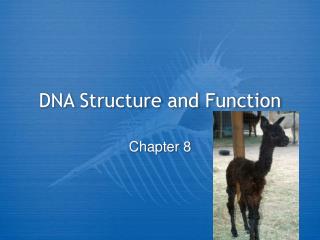 DNA Structure and Function Chapter 8 We love this stuff So ? ? What is DNA? DNA is Information It is how your parents “made” you. It is how every cell in your body - was made by other cells Structure of the Hereditary Material

Cell Structure and Function - . the “ins and outs” of plant and animal cells. learning targets. explain the history

Chemistry - . chapter 2. describe what atoms are, their structure, and how they bond. understand water’s features that

Tutorial 7: Using Advanced Functions and Conditional Formatting - . objectives. use the if function use the and function

Cell Structure and Function - . this is a transmission electron micrograph of a neutrophil, a cell found in bone marrow