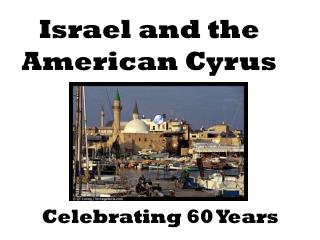 Israel and the American Cyrus. Celebrating 60 Years. One of the “proudest moments” of my life. Recognizing Israel Promptly May 14, 1948 6:11 pm EST. Truman’s Favorite Psalm Number 137. “By the rivers of Babylon, there we sat down, yea, we wept, when we remembered Zion.”.

Celebrating 60 years of Science for Peace - Cern, the european organization for nuclear research, is celebrating its 60

Celebrating 95 years - . the diocese of bradford was created out of part of the original diocese of ripon . st peter’s

Celebrating 20 Years - . what is it now and where does it go from here?. in february, 2010 the pittsburgh irish festival

Celebrating over 50 years… - Congratulations, municipalities have been eligible to use ogs contracts to purchase

Celebrating 20 Years of ABCD - . how is it radical and what difference has it made?. two paths to healthy communities:.

Celebrating 10 Years of Excellence - . welcome to 6 th grade open house august 22, 2014 please make sure your child is in

Celebrating 30 Years of Partnership! - . why genealogy matters to