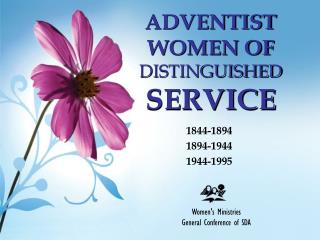 PHILOSOPHY OF ADVENTIST EDUCATION - . philosophy of adventist education. schools do not begin by accident they are

ADVENTIST MUSLIM RELATIONS - . “reaching the other side of the family”. quick stats 2011. world’s population is 7

Seven Day Adventist - . what is it?. it is a religion closely related to the protestant denomination with a focus on the

The Core of Adventist Education Curriculum - Adventist curriculum aligned with a journey to excellence. the core of