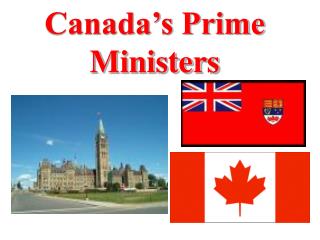 Canada’s Prime Ministers. TEXT IN RED SHOULD BE COPIED. John A. Macdonald. First PM in Confederation First PM of Canada to die while in office as PM One of the Fathers of Confederation National Policy and CPR Came to Canada at the age of five A Scot who lived in Kingston, ON

The Role of Deacons &amp; Licensed Lay Ministers - . the relationship between orders and mission. the historic

Manual for ESA dmpl tool - . version 2012. setup for dmpl tool. resposibility of prime contractor the prime sets up the

Welcome to E-Prime - . e-prime refers to the experimenter’s prime (best) development studio for the creation of

Warm-up - . canada’s leader of the government is called what? most of canada's population is near the us border because