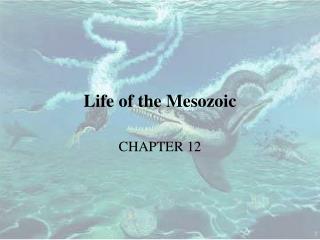 Life of the Mesozoic

Life of the Mesozoic. CHAPTER 12. Introduction. The Mesozoic Era is referred to as the " Age of Reptiles ". During the Mesozoic, reptiles inhabited the land, the seas, and the air. The Mesozoic is the time in which the dinosaurs lived.

Life of the Mesozoic

Online Worlds And Second Life - The university of milan seminar series in real life. hosted by berkman center for

Chapter 25 The History of Life on Earth - . question. how have events in the earth’s history contributed to life as we

CHAPTER 8 Life Span Development - . health promotion across the life span. life expectancy this is the average number of

LIFE - . “we must be willing to get rid of the life we’ve planned, so as to have the life that is waiting for

Life Out There… - . extraterrestrial life. can/does life exist out there? astrobiology/xenobiology no evidence accepted

Daily Life in Ancient Egypt - . egypt: daily life . ancient egypt was a narrow strip of land along the nile river. .

Paul Edwards: The Meaning And Value of Life - . what is the role of theism in answering questions about the meaning of

LIFE - . “we must be willing to get rid of the life we’ve planned, so as to have the life that is waiting for

Simplify Your Life - . what are the keys that unlock the simplification of life!. james, karen krain, molly murray, joan.

Unifying Characteristics of Life - . order - the smallest unit of life is the cell; all living things have complex