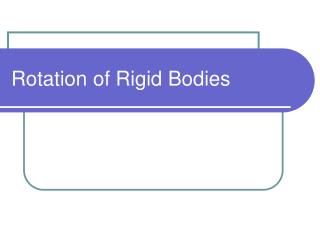 Welcome to the Diploma aggregation service e-Learning tool for component awarding bodies - . this e-learning tool is an

Objectives : To analyze the kinematics of a rigid body undergoing planar translation or rotation about a fixed axis.