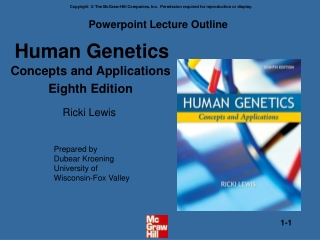 Human Genetics - . human genetics. heredity the passing-down of traits from parent to child through genes, which are