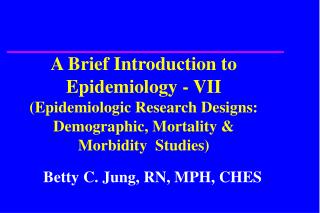 A Brief Introduction to - Northwest

Introduction to Epidemiology - . sumattana.g@msu.ac.th. concept of

A brief introduction to: - . a presentation by andrew pacer. ?. what is. a free online program that allows artists to

Introduction to PowerPoint 2007 (PPT) - . statement of responsibility (when, for whom, by whom). selecting, adding

A Brief Presentation - . where partnerships are built on trust. www.directhere.com. presentation overview. our story our

A POWERPOINT PRESENTATION - . university of maryland dental school. how to operate the lecture hall audio/visual system.