A Short Guide to Writing About Film - PowerPoint PPT Presentation 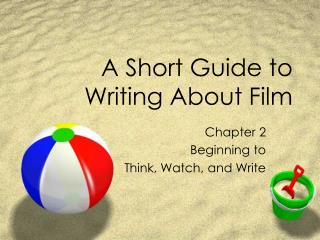 A Short Guide to Writing About Film

A Short Guide to Writing About Film

STAAR Short Answer Questions (SAQs) - . the open-ended response . . . is scored on content unless the frequency and/or

The Open Ended Response - . scoring guide for spring 2008. short answer scoring. objective: learn what it takes to have a

MSE 550 - . presentation #2. what is a thin film? science background overview of film growth crystal structure and