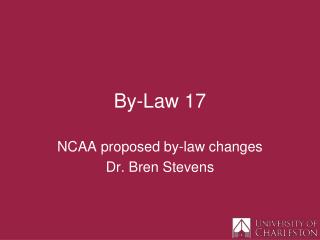 LAW 17 - . 5. corner kick. objectives. at the end of this lesson the student will do 3 things:. state when a corner kick

Dog By-Law Enforcement - . beginning at the end of march an animal control officer will be conducting sporadic checks at