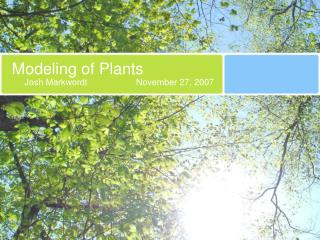 Plants Lesson 2, Activity 2: Modeling Photosynthesis - . answering the three questions for plants in the light. the

Color of Plants - . by: dennis danaw 8a. introduction. i will be testing to see if food coloring does anything to use. i

Germination of Plants - . germination germination happens when a baby plant is growing. when a seed begins to grow, we

Types of Plants - . cacti. cactus plants are well adapted to hot and dry regions by storing water in their fleshy stems

Location of Plants - . purpose. the reason we are doing this project is to see if the amount of sunlight will affect the

Reproduction of Plants - . reproduction. the process of producing young ones from their parents is called