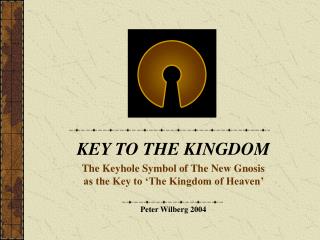 KEY TO THE KINGDOM The Keyhole Symbol of The New Gnosis as the Key to ‘The Kingdom of Heaven’ Peter Wilberg 2004. “The soul is an exhalation that perceives.”. Heraclitus. “The body is a projection into the three-dimensional field.”. Seth

Hittites - . who were the hittites?. ancient anatolian people lived in modern day turkey and syria existed in 1750 bce.

Examples: those, who hold the keys to the Kingdom: - Jim allchin , microsoft's windows chief said in oct 2005,” i'd

The Plant Kingdom - . key features. multicellular photosynthetic alternation of generations- all plants have a

Kingdom Foundations: Who, What, When, Where, Why &amp; How The International Kingdom Institute - . dr. j.c. matthews

Kingdom Protista - . diversity of protists. eukaryotic organisms that are not members of the kingdoms plantae, animalia,

Kingdom Animalia - . kingdom animalia. they are complex, multicellular organisms their cells have a nucleus and