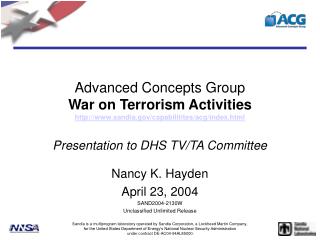 Advanced Topics in the Law of War - . the law of war in the 21 st century: terrorism and technology. agenda. terrorism:

How Has Terrorism Increased? - . c8k4. objectives. terrorism by individuals and organizations state support for

TERRORISM - . terrorism history-1. on november 5, 1605 a group of conspirators lead by guy fawkes, attempted to destroy

How Has Terrorism Increased? - . c8k4. objectives. differentiate terrorism by individuals and organizations identify

American Terrorism - . types of terrorism. domestic terrorism- carried out by citizens of your country international

A Local Outlook on Terrorism - . by: freddie d. ordonez. the instigation. one can safely state that after september 11 th

Terrorism - . what is it? where does it come from? why is it used? how can we prevent it? what do we fear about