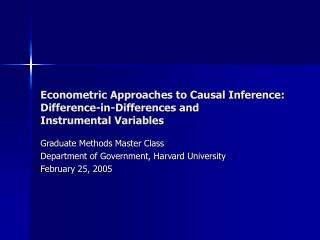 Design Approaches to Causal Inference - . statistical mediation analysis answers the following question, “how does a

Instrumental Variables I - . objective. we are trying to learn the effect of education on income we have card (1993)’s