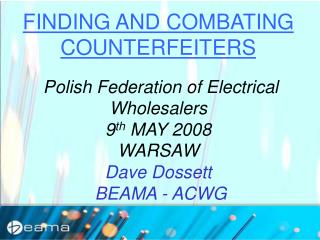 May 9 th - . 1. in the short video we watched, what was the customer complaint?. the parrot was dead dry cleaning did not

Warsaw, May 2013 - Calls for proposals opened/planned to be launched for tnc in 2013 under the european social fund in

May 9 th , 2012 - . an introduction based upon learning by doing: a handbook for professional learning communities at