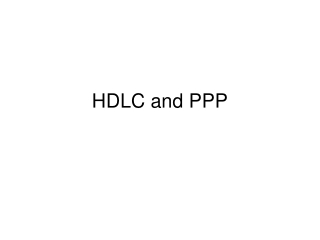 HDLC and PPP - . 5 september. the data link layer in the internet. a home personal computer acting as an internet host.