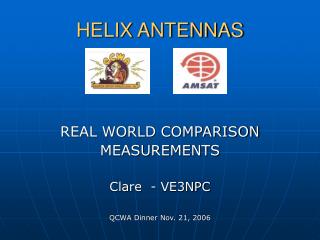 Antennas - . safety first!. don’t put antennas. where they could fall across power lines don’t climb towers without a

B9 Helix - Hypothetical evolution of the its2 module in eukaryotes. prolongation of b9 helix. d ichotomous helix

Helix Coffee - Helixcoffee.com is a leading site for buying high-quality espresso and coffee machines. it is the most

Antennas - . once you get your license and that first radio, you’re going to need a good antenna to get your signal