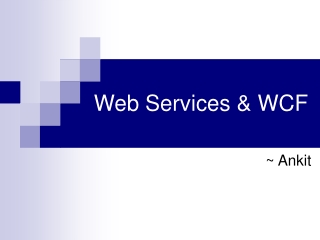 Web Services & WCF. ~ Ankit. Web services. A web service is a collection of protocols and standards used for exchanging data between applications or systems. WebServices are published, described and located over Internet. Web services. class MyService {