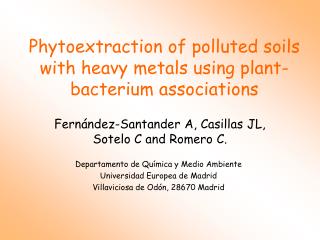 Non-Metals - . prepared december 2007 alrick moodie. what are non-metals ?. non-metals are those substances which are not

Heavy Metals - . iron. ingestions of pediatric multivitamin formulations are the most common iron exposures. iron. these

Plant Nutrition - . where do plants get their nutrients?. plant: a sugar factory. nutrients availability and soil. the

Specific Gravity of Soils - . specific gravity. this number indicates how much heavier/lighter a material is than water.