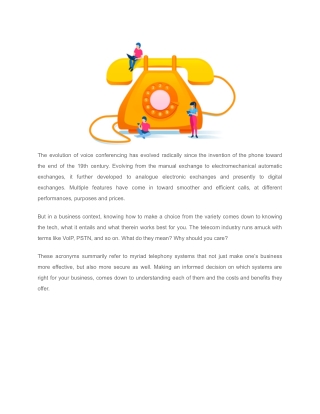 Discover the differences between a VoIP vs PSTN call and know why MultiCall offers a greater convenience at superior quality.

Transitioning to a VoIP PSTN - . henning schulzrinne (fcc). any opinions are those of the author and do not necessarily

PSTN vs VoIP: What is the Best Option for your Business? - Are you puzzled between pstn and voip and are not able to

A comparison of the PSTN and VoIP Technology - Pstn is the traditional form of telecommunication. however with the

Cheapest voip call rates to USA and canada | Cheap voip call - Myhitvoip.com is a free program that uses the latest

LATEST CALL CENTRE VOIP TRENDS - Call centers voip are not like the old days. now it's about quality customer