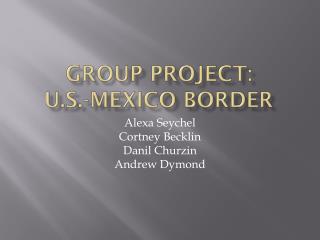 Group 4 Project - . why?. scientific investigations of today involve teamwork which , like the group 4 project, is

Group 4 Project - . group 5: beatrice, may, pena, phuntsok . buoyancy in sea and lake water and the factors affecting it.

“McDonalds Project” - . what: to recognise that food has an ecological footprint. who:- group 4 why:- carmen’s