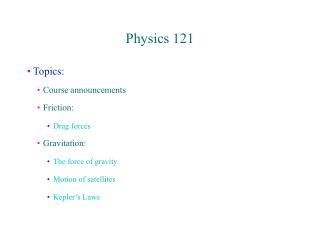 Physics 121: Experimental Techniques - . course introduction. course goals. bestow upon you the skills you will use in

Physics 121: Fundamentals of Physics I - . september 8, 2006. announcements / reminders. next homework is available on