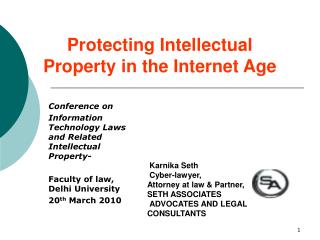 Internet Safety - . presented by the fargo police department. who uses the internet?. more than 30 million children in

Poverty &amp; People with Intellectual Disabilities - . eric emerson . four questions. what is poverty? why should we

The Internet and the World Wide Web - . chapter 8. overview. this chapter covers: the evolution of the internet the

AV and Intellectual Property Roundtable - Copyright protection does not exist