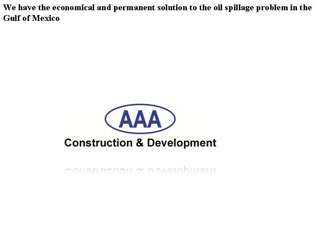 (1888PressRelease)The oil spill in the Gulf of Mexico become an Environmental Catastrophe and We have the economical and permanent solution to the oil spill problem. Fasteners… the semi-permanent solution - . the purpose of this quiz is to see what you know, and what you have learned

“We have to protect the investors” - Guatemala’s president berger, to justify an intervention by the military to a

We have the answers! - . questions about 6th grade?. welcome to ontario middle school ~ sixth grade. what will my

Should We Have THE - Right?. should we have the. 8 out of 10 respondents want the government to legalise the right of the

The Spi Calculus - . a calculus for cryptographic protocols presented by ramesh yechangunja.

Buying A Used Fire Truck? We have the simple solution - . why you need us to help you buy a used fire truck. we only

We The People CBD Oil - Once you support african wildlife foundation, you support in the conservation and development of

Buying A New Fire Truck We have the simple solution - Why you need us to help you buy a new fire truck . we provide the

The Hardest Thing We Have to Do… - . the importance of communication at the end of life. objectives. explore techniques

Permanent Solution to Replace Missing Teeth - Https://naidudental.com/meet-dr-darshan-naidu - are you feeling about

Permanent Solution to Enhance Your Smile - Have missing teeth unable to complete simple daily tasks, such as eating and

The Solution We Are Methodist - . at what cost? the soledad inspection team has estimated about $16,000 for

The Greatest Gift We Have to Give - . moving beyond fundraising to truly help our congregations thrive in today’s

If you have the drive, we have the kit! - Introducing pix service kit – a comprehensive, all-encompassing kit for

We have the tools How to attract the people? - . creating a culture of web-based participation in environmental decision