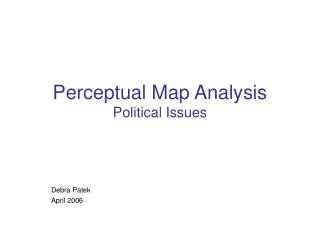 ITEM ANALYSIS - . purpose of item analysis. the process of examining the student’s responses to each item. the need to

Analysis of Complex Survey Data and Survival Analysis - . this session will cover an overview of issues in analysis of

Analysis - . c7.4 – analytical procedures. what do i need to know?. 1. recall the difference between qualitative and

Perceptual Development and Sequencing Skills in Children with a History of Ear Infections - . margaret adair university