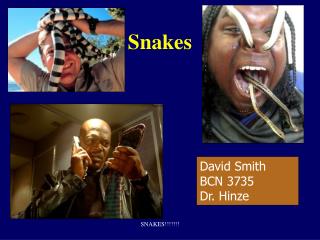 Chuck Norris once ate a whole cake before his friends could tell him there was a stripper in it. - When chuck norris

Why does a leprechaun wear green suspenders? - . to hold his pants up!. why do people wear shamrocks on st. patrick's

All About Snakes - . presented by mr. seldomridge february 28 - march 3. reptile facts . reptiles include lizards and