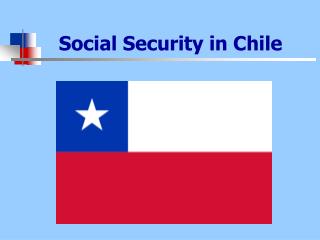 Security in social media - . juha siivikko 7.11.2013. what is a) sosial media and b) security. social media is the online

SOCIAL SECURITY IN URUGUAY - . julio ramos olivera. why a new system?. financial collapse of the “pay as you go”

SOCIAL SECURITY - . the third rail of politics. a bit of history. the first 3 decades of the twentieth century saw a

Social Security - . www.socialsecurity.gov. who gets benefits from social security?. 53 million people. 1/2010. a