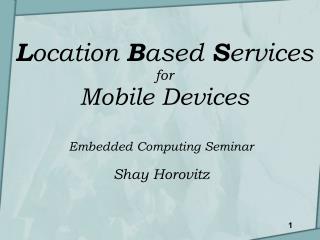 LOCATION-BASED SERVICES - . a location-based service (or lbs) is a personalized service that is based on the location of