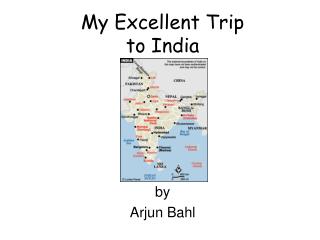 My trip to Spain - . an e scrapbook by zaire frisby. things i had to take with me on my trip…. bring shorts , bring

My trip to Egypt - . anastasia mihailuk april,18 th. we were in egypt last spring and we liked it, so we decided to go

My Trip to Boston - . i went on a trip to boston and saw some really interesting things. there really is geology

My Trip to Egypt - . by jemma rowe. dear diary, today i’m on my way to egypt. at the minute i’m sailing across the

My Trip To Hawaii - . i was about 10 years old when i went to kaanapali, maui. we stayed at the whaler hotel and…. the

My Trip to Egypt - . by joselee brown 5-303. table of contents. the plane ride the traffic my hotel the tour the food it

My Trip to Chicago - . in the summer of 2010, i stayed in chicago for one week. i went with my friend brooks. the first

My Trip To China - . by: shane fisher. beijing. the first place i would go if i could go to china is beijing i always

My Trip to Ecuador - . by: samantha de corso.

My trip to London

My Trip to Fiji - . an e-scrapbook by noah webster. things i had to take with me on my trip…. the things you would need

My trip to Hamburg. - My trip to hamburg. by anastasia artemova. adjectives . unforgettable - Незабываемый

My Trip to California - . california, here i come!. but we finally made it to our plane. we had to take a limo to the

My Trip To Vietnam - . by brady treacy. day 1. arrive in ho chi minh city and drive to the caravelle hotel. go to the dam