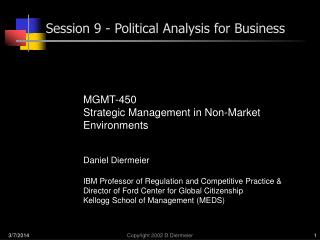 Political Analysis - . science vs the philosophy of

Session 9 - . so, you think you know faa access?. ginger klock misty parkinson. this session will focus on:. current

Session 9 - . tests of association in two-way tables. learning objectives. by the end of this session, you will be able

Session 9 - . back home application. session objective. develop a plan to apply what was learned in the workshop and move