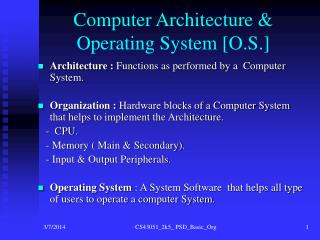 Chapter 1: Introduction - . learning objectives. at the end of the chapter, the students are able to: understand the