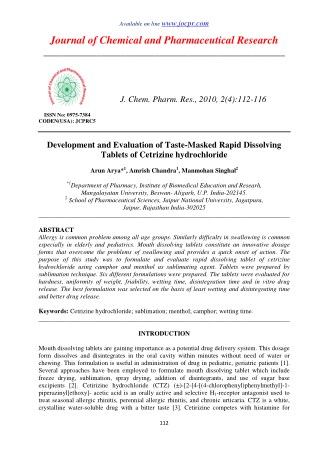 Allergy is common problem among all age groups. Similarly difficulty in swallowing is common especially in elderly and pediatrics. Mouth dissolving tablets constitute an innovative dosage forms that overcome the problems of swallowing and provides a quick onset of action. The purpose of this study was to formulate and evaluate rapid dissolving tablet of cetrizine hydrochloride using camphor and menthol as sublimating agent. Masked. - Masked. &quot;give him a mask, and he will tell you the truth&quot;- oscar wilde . mystery? intrigue?

Lecture 4.2 – The Dissolving Process and the Rate of Dissolving - . a problem. cools down to room temperature. gross!

Dissolving - . by olivia belcher. in this homework i will be showing you my experiment and how i found out if the