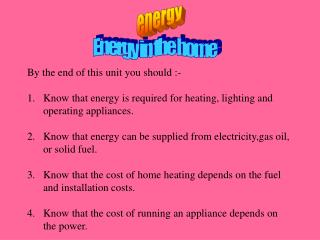 energy. Energy in the home. By the end of this unit you should :- Know that energy is required for heating, lighting and operating appliances. Know that energy can be supplied from electricity,gas oil, or solid fuel.