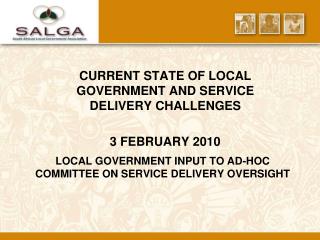 Ad Hoc Committee on Strategic Oversight - . (ahcso). ahcso is charged to:. lead the faculty discussion of the

REPORT OF JOINT AD HOC SUB-COMMITTEE ON OVERSIGHT AND ACCOUNTABILITY - . our task to consider the report of the