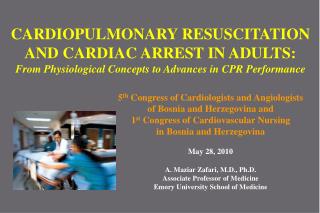 The Congress of three kings in visegrad - . john of luxembourg charles of anjou casimir iii. gina. visegrad in 1335.

Historical basis and The Legal System in Bosnia and Herzegovina - . history of bosnia and

EDUCATION SYSTEM IN BOSNIA AND HERZEGOVINA - . aida huseinoviĆ izudina zukorliĆ. education has a long and rich

How Congress is Organized - . chapter 5 section 2. terms and sessions. the constitution requires congress to meet at

Library of Congress Subject Headings (LCSH) - . what is it?. lcsh is a controlled vocabulary used for subject indexing of

CH 11.4 Nonlegislative Powers of Congress - . constitutional amendments. congress has the power to propose amendments to

The ICJ Decision - Bosnia and Herzegovina v. Serbia and Montenegro (FRY) - . international court of justice it is a civil