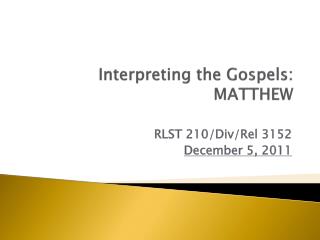 Interpreting the Data: How Can I Make an Instructional Impact with DIBELS Data - . roland h. good iii university of

Unit 2- Interpreting Functions - . 2a- i can use technology to graph a function and analyze the graph to describe

MARY IN THE GOSPELS - . the reader of the gospels is at first surprised to find so little about mary; but this obscurity

The Book Of - . revelation. seminar notes james-michael smith. the book of. revelation. - session 1 - 7 churches. ways of

My Monkey - By: caity emilie my monkey my monkey’s name is matthew. my monkey he is 4 years old. my monkey we feed our