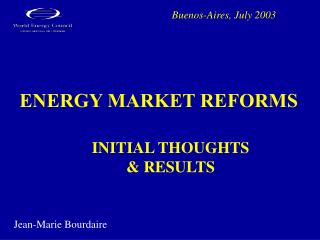 REFORMS - . reform. reformers (some members of the middle-class and aristocracy) began to realize how inhuman the factory

ENERGY MARKET - . an economic activity illustrating the market conditions that can help or hinder renewables in the quest

Progressive Reforms - . rights for women. focus question . why is the vote so important in the american system of

A Review of existing models for Electricity Markets in EU countries - . inogate local information event 18 th of may 2014

Challenges for the electricity sector from a TSO perspective - . zbyněk boldiš member of the board Čeps, a.s . asd