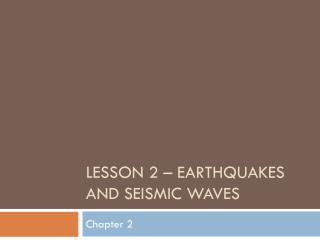 Lesson 2 – Earthquakes and seismic waves. Chapter 2. An earthquake is the shaking and trembling results from the movement of rock beneath Earth’s surface. The forces of plate movement cause earthquakes. State of Practice of Seismic Hazard Analysis: From the Good to the Bad - . norm abrahamson, seismologist. pacific gas