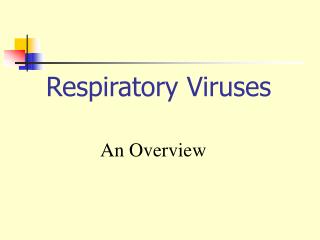 Viruses - . viruses are microscopic (organisms?) which exhibit some characteristics of living things, but not all.

VIRUSES - Is a tiny particle that needs a host cell to reproduce and multiply. they are neither alive nor dead… but

Viruses - . chapter 18.1. what is a virus? a virus is nucleic acid wrapped in a protein coat can be dna or rna viruses

Viruses - . i can reproduce inside a living cell, yet i am dormant (inactive) outside a cell q: am i living or

Viruses - . viruses. virus: a nonliving strand of genetic material within a protein coat. why are they considered not

Viruses - . human immunodeficiency virus part ii. types of hiv. there are two types of hiv hiv-1 and hiv-2 can be

Viruses - . biology 11 a. macaskill . what is a virus?. virus is the l atin word for poison a virus does not fit the six

Viruses - . at the boundary of life, between the macromolecules (which are not alive) and the prokaryotic cells (which

Viruses - . what are viruses?. viruses are particles of nucleic acid, protein, and in some cases lipids. all viruses

Viruses - . cause many infections of humans, animals, plants, and bacteria cannot carry out any metabolic pathway neither