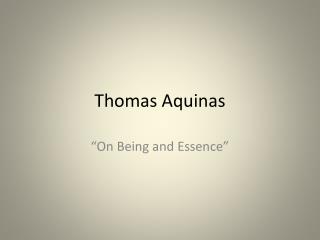 Thomas Aquinas: medieval philosopher and theologian - . natural law is what is naturally right or wrong. it isn’t

Thomas Aquinas: Arguments for God’s Existence - . kinds of arguments and the argument from motion january 14, 2004.