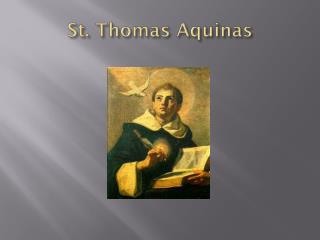 St. Thomas Aquinas. Born in Roccasecca , Italy in 1225 Born into a noble family Studied at University in Naples , as well as Cologne and Paris . Natural Law.