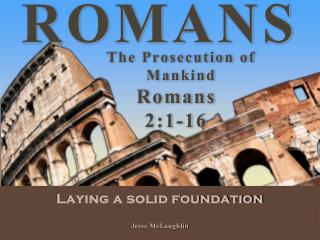 romans - . by joseph whittington. roman gods and godesses. march the month is named after mars the roman empror . august

Romans - . by darcy munro 4r. who where the romans?. the romans lived in rome, a city in the centre of the country of

Romans - . romans 2. the issue of becoming a judge a warning to the religious jews. romans

Romans - : the righteousness of god revealed. author and datepaul is unanimously considered the author of the book of

ROMANS - . who were the romans. the romans were people from a city called rome. rome was the greatest city of its time