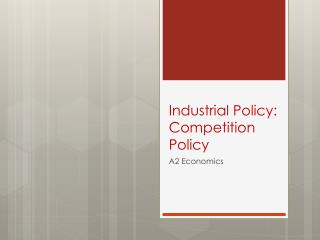 Group Policy - Preferences to software and everything in between. group policy. welcome! . who am i? joseph moody my

Competition Regime in Ethiopia: Preliminary Country Paper for the Capacity Building on Competition Policy in Select

Monetary Policy - . monetary policy. the federal reserve’s control over the supply of money is the key mechanism to