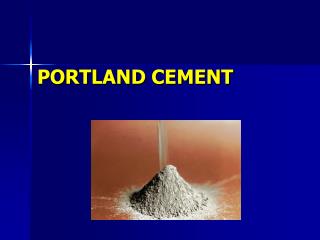 What is Ordinary Portland cement - Opc - 43 grade cement is produced by inter grinding of clinker and gypsum, to an

Portland - Limestone Blended Cement Karl Zipf DelDOT - 2014 - . the following is an edited presentation from the portland