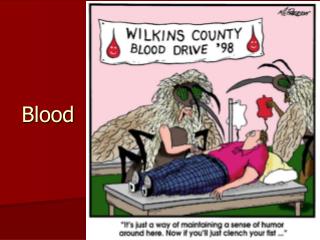 The Circulatory System - . the heart, blood vessels, blood types. systemic circulation. with blood returning from the

Hematology - . anemia. deficiency of red blood cells and/or hemoglobin reduced ability of blood to transfer oxygen to the

Catalyst: (Top of page 72) What are the four main components in your blood? - . agenda catalyst quiz and melcon return